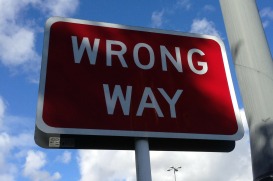 Two troubling developments regarding Christian colleges should make everyone involved in campus ministry take notice.  The first come out of the California legislature in the form of Senate Bill 1146.  This bill seeks to limit the religious liberty of California Christian colleges by making them liable for civil suits brought by students who claim to be discriminated against for not adhering to the moral standards that are school policy.  One of the conditions is that the college is receiving state funds, or that the college allows students to receive state funding in the way of financial assistance.  This is the “hook” that the state will use to further regulate the college.  This is how one college, Biola University, describes how it will affect its Christian mission:

SB 1146 unfairly makes only faith-based institutions explicitly subject to these government code provisions, and there is no religious exemption in place to protect institutions whose religious beliefs might conflict with portions of the law. This means that, except for vaguely worded carve-outs for certain religious practices, California’s faith-based institutions would be completely subject to nondiscrimination laws on a wide range of matters, from student admissions policies to conduct standards to housing accommodations and employment practices. This means that religious schools, for example, would no longer be able to limit admission of students or employment of people of their particular religious faith, nor would these schools be able to maintain certain conduct, housing and other policies according to their faith convictions.

For some colleges, not accepting state and federal funding has been a way to safeguard their religious commitments and educational mission. However, a recent article in The Atlantic, calls attention to colleges not accepting federal and state money.  The tone of the article is framed to show the dangers of colleges being allowed not to receive federal money.  Here is an excerpt:

The Princeton Review ranks Grove City as among the least LGBT-friendly colleges in the United States. The New Republic reports that students at Patrick Henry complain administrators there mishandled cases of rape.

By not accepting federal money, these colleges don’t have to comply with federal regulations requiring that they investigate all accusations of sexual abuse; the Campus Sexual Violence Elimination Act, which sets standards for disciplinary proceedings in such cases; or the Jeanne Clery Act, which requires colleges to collect and share information about any crimes committed on their campuses. “Because they don’t participate in the federal financial aid programs,” said Heller, “they don’t have to report data to the federal government like every other institution does.”

The logic is that unless the federal government is there to monitor the situation terrible things will happen at these colleges.  Yet, there are numerous examples of colleges which do receive federal funding where sexual assault  is still covered up, usually in order to protect athletes in sports programs. The slant of the Atlantic article is to paint a dire picture about colleges that do not receive money, implying that they should not be allowed to do so.

The article goes on to mention that the attention was drawn to the colleges by the LGBT group Human Rights Campaign.  An excerpt:

Thirty-eight religiously affiliated institutions have received exemptions from Title IX, according to a list released by the Education Department under pressure from Democrats in Congress after the gay-rights organization the Human Rights Campaign used public-records laws to help expose the practice. At least 46 others have asked for exemptions, and several of those requests are under consideration. Colleges and universities can get exemptions if they can show they are controlled by religious organizations with whose beliefs Title IX requirements conflict.

So what we can conclude from these two articles is that if you receive money from the state or federal government you are going to be on the “hook” to lose your religious liberty  to exercise religion, but if you do not receive money you will be “exposed” (to quote the article) and presumably will be required to take the money when enough pressure can be brought on by the government.  Most likely there will not be an option to get an exemption in the future.  In the meantime, expect to be demonized for having an exemption, and then being stripped of religious freedoms for not having one.